If you never heard of larp before, you might want to read this  LARP šnelkurs article first (in Slovenian).

Claus Raasted, 36, from Denmark, is the world’s leading expert on larp tourism, that I first met at the Knudepunkt larp convention in February 2015.  A larp business owner and an author of 17 books on larp is perhaps best know for his work on College of Wizardry, a Harry Potter based 3-day larp experience in Poland that has been heavily featured in the global media (such as USA Today, PEOPLE ,Time etc). He raised more that 160.000 USD in a successful Indiegogo campaign for the project. Reading his Facebook feeds, it sure feels like his ambitious dream of buying a castle for his larp projects is becoming ever more real. 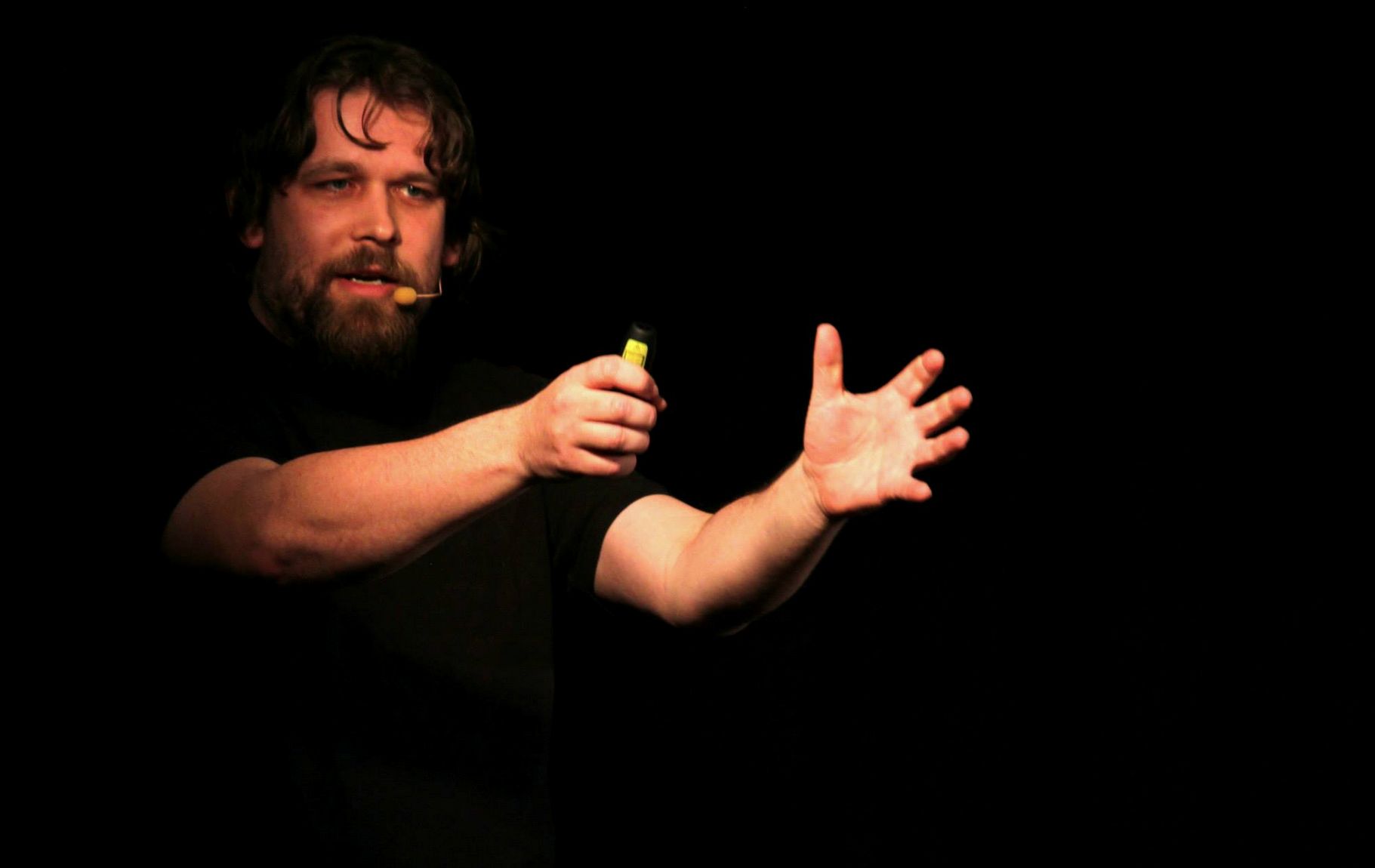 Claus is one of the most captivating speakers I’ve ever met.

Claus briefly spoke to us in view of the forthcoming conference on Gamification in tourism that will take place in the Walnut Grove, Ljubljana, Slovenia on 23rd of September 2015. Claus believes Slovenia is full of many interesting possibilities in gamified and larp tourism. As a keynote speaker at the conference (targeted at Slovenian tourism developers in municipalities, public agencies and private companies) he will share his experience in developing experiental tourism products with local communities in Denmark, Poland and elsewhere.

What is gamificiation of tourism in the eyes of Claus Raasted?

To me, gamification of tourism means adding an extra layer to the tourist experience. It can be a competitive layer (“Visit these seven Slovenia castles in one week and win a prize”) or a narrative one (“Stay at the beautiful Hotel Grad Otočec and be part of a 14th century adventure”). I am mostly interested in the narrative layer

How does larp tourism fit in this picture? Can you give us examples?

Larp tourism is a prime example of creating a narrative layer. Instead of trying to get tourists to visit the Snežna ice caves, make them play the roles of a Polar Explorer Expedition that suddenly finds out itself lost deep underground. Instead of showing off a location and its history, use a location as as setting for an event. Then after the participants have experienced it on their own, tell them about its history.

Which project are you most proud off? Can you explain how the local community is benefiting from this project?

The project I am most proud of is College of Wizardry in Poland. No larp before it has gotten the same amount of global attention, and it is more or less impossible to calculate the worth of the press coverage for the wonderful castle of Czocha. Suddenly it’s not just a beautiful Polish castle, but one which people from all across want to visit and experience. There are even people who visit the castle BECAUSE of the events held there, even though they’re not present for the events themselves. To many people all over over the globe, it’s now “the Harry Potter castle in Poland

Do you have a caste that needs content? Claus will probably have a good and realistic idea on how to tackle the problem.

One of the advantages of larp is that it’s a 360 degree illusion, and can incorporate everything. It takes the physical world and builds a fictional story on top of it, and be engaging participants in that story, the actual events/locations/activities gain more meaning. A dinner of centuries-old vampires in an old medieval castle is still – at its core – a dinner at a castle, but it has much more meaning to the participants due to the narrative layer. An Agatha Christie style murder mystery on a ferry is still a boat ride, but it is a much more interesting one than just travelling by sea

Why are experts in gamifying tourism still completely unaware of larp tourism and potential for larpying tourism experiences?

Larp in its present form is a very new storytelling medium, and because many larps have their roots in the somewhat hard-to-explain hobby of roleplaying games like Dungeons & Dragons, it is only slowly gaining recognition as both a powerful art form and an excellent form of entertainment. Just like computer games have only risen from their somewhat nerdy past in recent years, larp is also struggling to get rid of its “Orcs, Elves and Lightning Bolts!” images. Not that there is anything wrong with playing orcs and elves. It can be a lot of fun. But just as movies are more than action movies and books are more than romantic novels, larp is much much more than most people know.

What are the future trends in games, larp, tourism?

Last, but not least. What would you suggest to Slovenian tourism developers?Slovenia is home to some beautiful locations. Larp tourism is a way of giving those locations special meaning. For many of our participants at College of Wizardry, Czocha Castle is now like a second home, and several of them have since vacationed there with friends, lovers and family. Larp tourism is a way of creating powerful, personal experiences that last a life time. My humble opinion is that that’s worth something.